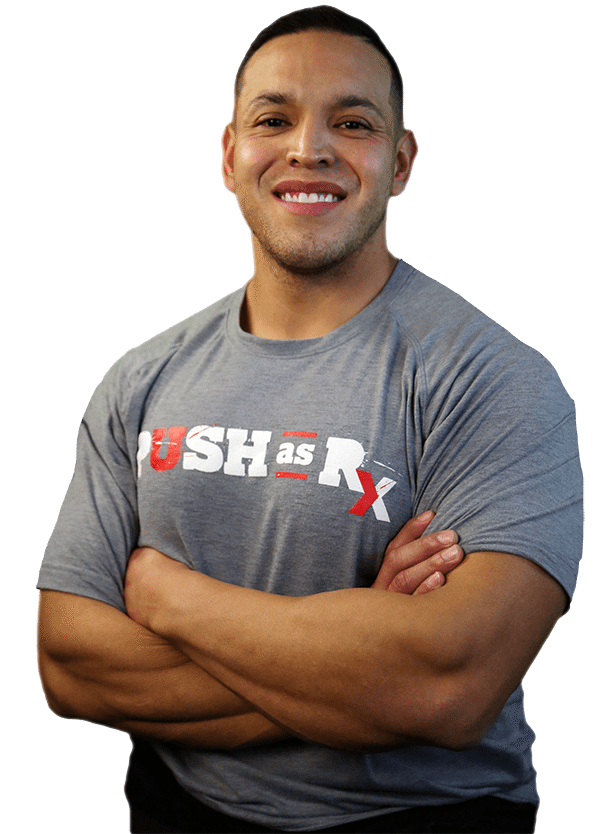 PUSH Fitness & Rehabiliation
Welcome !! PUSH-as-Rx ®™ is leading the field with laser focus supporting our youth sport programs. The PUSH-as-Rx ®™ System is a sport specific athletic program designed by a strength-agility coach and physiology doctor with a combined 40 years of experience working with extreme athletes. At its core, the program is the multidisciplinary study of reactive agility, body mechanics and extreme motion dynamics. Through continuous and detailed assessments of the athletes in motion and while under direct supervised stress loads, a clear quantitative picture of body dynamics emerges. Exposure to the biomechanical vulnerabilities are presented to our team. Immediately, we adjust our methods for our athletes in order to optimize performance. This highly adaptive system with continual dynamic adjustments has helped many of our athletes come back faster, stronger, and ready post injury while safely minimizing recovery times. Results demonstrate clear improved agility, speed, decreased reaction time with greatly improved postural-torque mechanics. PUSH-as-Rx ®™ offers specialized extreme performance enhancements to our athletes no matter the age.

Diagnosis and Management of Rheumatoid Arthritis

How Arthritis Can Affect the Knee

Evaluation of Patients Presenting with Knee Pain: Part I. History,…

PUSH as Rx Chiropractic Arthropathies Team: This is a general term describing any joints disease. A group of arthropathic disorders can afflict the joints, such as sacroiliitis, which causes inflammation in the sacroiliac joint.

There is Charcot’s, which is degeneration of a weight-bearing joint, and arthrogryposis which means, “curving of joints.” Doctors use arthropathy interchangeably with arthritis, which means “joint inflammation.”

Some distinct forms of arthritis are Neuropathic arthropathy, nerve damage from diabetes, or other nerve conditions resulting in slow damage to joints. For example, in diabetic people, arthropathy usually affects the foot and ankle.

Hypertrophic pulmonary osteoarthropathy is where the bone ends of the ankles, knees, wrists, and elbows start to grow abnormally and painfully. Fingertips start to become rounded, called “clubbing.” This form of arthropathy usually happens to people with lung cancer.

Hemarthrosis is when blood leaks into a joint like the knee. This occurs after injuries or medical procedures and is a problem in people with hemophilia.

Imaging the Spine in Arthritis: a Pictorial Review

Many types of arthritis can affect the structure and function of the muscles, bones and/or joints, causing…
Arthropathies

Dr. Alex Jimenez has helped me a lot. The pain is less, it's not painful. My back is able to loosen up, I've…
Arthritis

Nothing had really worked until I started seeing Dr. Alex Jimenez. The way he cares about his patients, that is…

Are you Born an Athlete? Peak Time and Caffeine Metabolism

The Science Behind Genetic Encoding and Endurance Performance

Belly Fat Can Cause Back Pain and Injury

Recovering From A Deadlift Lower Back Injury

Seeing A Chiropractor Regularly for Injury Prevention and Maintenance

Why Tendonitis Should Not Be Left Untreated A Chiropractic Perspective